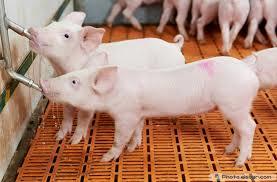 The principle of operation of the «Rusalia Agro» consists in that under certain conditions of water flow movement in the device there appears the condition of macroscopic quantum condensation of electrons from the environment with the formation of an electrically non-equilibrium state of water needed to maintain resistance (stability) of living organisms, including humans, animals, plants to the adverse environmental factors.

Physical conditions for the realization of processes of macroscopic quantum condensation of electrons in the device are achieved through the use of two interrelated phenomena: 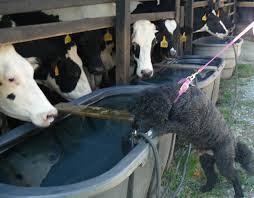 Application of methods of water activation allows to some extent reduce the chemical load on the ground, as well as reduce the need for means of fight against plant pests and prevention of diseases of animals, birds and fish.

The main technical characteristic for the installation is its electron-accepting and electron-dissipating abilities:

In the optimal mode of device operation – 11 minutes of continuous operation of the plant for the load – 20 liters of water (with an initial temperature of 14°C, the temperature of optimum of – 28°C). The recorded changes of the water state are determined by the reduction of its redox state by minus 130mV. In this case, the rotating flow of activated water provides electronic activation of the environment,  determined by the value of ~ 4 • 106el/min.

III. Description of use of the «Rusalia Agro».

Usage of the product involves several design variants: portable, built-in system of drinking water supply pipeline, built-in recycling system of heating of living environment and working environment, the activator of circulation type (for activation of greenhouses during growth and development of plants and facilities for animals and poultry management). 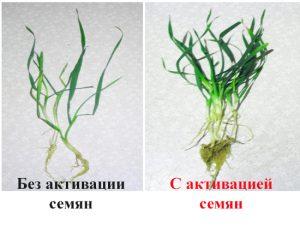 Reprocessing of activated water in both circuits is not permitted. To maintain the water activity in time (about 5-6 hours) after the initial 2-contours treatment the single circuit mode activation is used (water rotation in hydroplasmic circuit bypassing the preionisation unit).

The treated water is used for watering of animals, poultry, for preseeding treatment (soaking) of plant seeds, as well as for domestic water supply.

The hydroplasmic circuit in the built-in water supply or recirculation system (activation of livestock farms) is built into the system and launched (activated, disabled, switched to different modes of operation) automatically (according to the set program). The recommended operating mode of the activator for maintenance of activity of livestock farms and the activity of the water used for watering of animals and poultry (in a single circuit circulating circuit with periodic short automatic switch to two circuits) – daily 8 hours a day without a long-term (2 or more days) breaks and continuous operation (2- circuits) – when operating with a storage tank with maximum volume of water (5m3).

Individual features of the product are determined by the need to use the electrical power for their operation – 220V, 50-60Hz, 350-500Vt; by the presence of little noise from the motor pump, by the need to place the preionisation unit in the utility room or outside. For implementation of the maximum activity of water, when it is necessary to obtain significant (200 – 300 liters) volumes of  activated water with the use of portable installation (for example, for seed soaking), it is recommended to periodically change its location.

The expected product life is 10,000 hours of continuous operation. The warranty period is 24 months. The general term of operable state is 5 years. At the end of its service life the preionisation device (namely the active element) is subject to replacement. Training and methodological support.

VI. The safety of use of the «Rusalia Agro».

The safety of use of the product is set by the safety requirements of operation of electrical installations of domestic use with voltage of 220V, as well as recommendations for the safe use of activators, which determine the need to avoid unnecessary contacts (no closer than 5 meters) of a person with power preionisation installation during its active functioning.

VII. Area and efficiency of application of the «Rusalia Agro».

The product is used for the following aims:

When using the water, which passed through the activation device, depending on the degree of activation of water, the following effects on animals, poultry and fish are noticed:

·       intensification and normalization of metabolism;
·       positive impact on the safety of livestock, increase of its adaptive capacity to stress conditions;
·       improvement of physiological and biochemical indicators and functional state of internal organs, formation of a more stable cell-mediated immunity and “productive health” of young animals, which allows them to achieve their genetic potential;
·       acceleration of bone formation according to age of animals, poultry and fish.

Experiments proved the increase of productivity of agricultural products for cereal crops (barley, canola, corn, wheat, rice) – from 15 to 50%, for vegetable crops (sugar beet, tomatoes, cucumbers, lettuce, and radish) – from 20 to 60%, forage and industrial crops (flax, clover etc.) – 20 to 100%. At the same time the preseeding treatment of plants (soaking of seeds for 4-10 hours depending on the type of seed) has a complex effect on plants, which manifests itself in the following effects:

VIII. Competitiveness of the «Rusalia Agro». 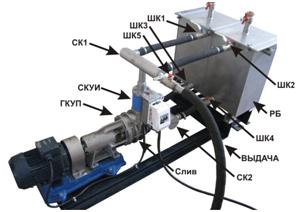 «Rusalia Agro» has a competitive advantage compared with existing prototypes in performance that allows to realize the most effective levels of bioenergetic activation of water and protection of animals, poultry and fish, significantly expands the range of its use for a variety of tasks in the area of farm agricultural production.

Electron-accepting ability of the closest competitive product – water activation device UNN-1 JSC “Aragon” (Russia) is 2,0 • 1016 el / min, which is significantly lower compared with the activity of the «Rusalia Agro» – n • 1017el / min (depending on the mode of activation).

Other competing technologies of water activation and products based on them, such as membrane electrochemical activation, cavitation activators, magnetic treatment, the use of various phase-modulating micro additives in the water, including nanomaterials with plasma activity, do not provide the required levels of activity without significant changes in chemical composition of water, including the generation of molecular hydrogen, the formation of molecular forms of active oxygen and other potentially dangerous compounds.

In Russia the management of the quantum states of biological structures, including through seed treatment of electron – active media, were experimentally confirmed using a representative list of crops. Approved by a number of organizations, including RAAS, the seed pre-activation technology shows higher crop productivity and quality indicators, increase of resistance to adverse temperature – climatic and agrochemical conditions (drought, low temperatures, wind load, depleted soils, and so on), disease resistance, as well as microbial and fungal lesions.

X. Execution of order and supply of installations.

Installations «Rusalia Agro» is available to order with various power modifications. Installations with small and medium power are used in subsidiary husbandry and farms. For a special order the technological principles are used in the manufacture of industrial-type installations adapted for large-scale agricultural producers in the agricultural, livestock, poultry and fish farms. The cost of manufacture of one experimental installation is from 250.000 to 845.000 rubles, and depends on the configuration (field of use) according to the order. The execution period is up to 2 months after payment. You need to pay 70% when placing the order, 20% when the order is executed and 10% after the transfer of the installation to the customer under the terms of the place of delivery – Moscow. The order shall be sent to the address: tinowaru@tinowa.com.

Czech – Russian Innovation Investment Group is your reliable partner!
Your projects with export credits from the Czech Republic up to 3,2 – 4.75% for the customers!