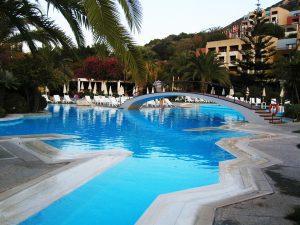 The principle of physical activation of drinking water and living environment, which is implemented with the use of the «Rusalia-Easy», is based on the creation of the vortex lattice in the laminar flow of water in the special toroidal swirler. At that there is the uniform in time condensation of electrons from the environment with formation of its electrically non-equilibrium state needed to maintain the resistance of living organisms, including humans, animals, plants to stressful environmental factors and prevention of noncommunicable diseases.

In the process of recirculation of water in the toroidal swirler of the product there appear the physical conditions for the pre-cavitation mode of the activator, which does not result in accumulation of water in dangerous free radicals. At the same time, the system of small-scale vortices, formed in the swirler, provides the accumulation of biologically active anion-radical oxygen states up to the levels needed  according to the  indicators of bioenergetic activity of water, maintainance of bioenergetic activity of water during long periods of time and electronic activation of the living environment.

Physical mechanisms, taken as a basis of the operation of the toroidal activator of water, are in quantum phenomena of condensation (quantum reduction) of electrons in the paramagnetic oxygen in the amorphous phase of water associated with the change in its energy levels in the swirling motion of water.

The device consists of 2 toroidal units: toroidal activator and swirling stream activator – water tank, characterized by the spatial scale of the formed vortices, providing, at joint operation, the activation of drinking water, maintenance of the activity of drinking water at a high level through time and activation of the living environment in the single-loop mode of operation.

The main technical characteristics of the device is its electron-accepting and electron-dissipating abilities:

In the optimal mode of the device – 8 minutes of continuous operation of the plant to the load of 10 liters of water (with an initial temperature of 20 °C, the optimum temperature of 28 °C) the recorded changes in the water state are determined by the decrease in the values of its redox potential DEhopt.=-40…-50mV. The flow of activated water in the swirling stream activator provides the electronic activation of the environment, determined by the value ~ 1 • 106 electrons / min, sufficient to maintain the non-equilibrium electrophysical state of multiroom apartment (3-4 rooms) or 1-2-storey cottage.

The technology after adaptation to the demands of the consumer can be used to activate the living environment in the high-rise apartment houses and objects (hotels, schools, etc.) with the installation of devices with higher performance on water supply communications or through the system of central heating.

III. Description of use of the «Rusalia-Easy».

The use of the product involves several variants: portable, embeddable in interior of the premises (activation of the living environment) and for drinking water consumption (kitchen) and hygiene needs (WC).

For the preparation of activated water in a portable version of the product it is necessary to fill the container of hydro plasma loop with 5 or 10 liters of water (drinking or natural), set the preset mode of operation with automatic activation and deactivation. The water treatment time until the optimal activation of water is from 5 to 8 minutes. To maintain the water activity through time (10 hours) after the initial 2-loop treatment of water the single-loop mode of activation is used (rotation of water in the stream activator-tank bypassing the toroidal activator). It is preferable to carry out the water treatment in the utility rooms outside the living area with a grounding of the toroidal activator unit.

Retreatment of activated water, used for drinking and hygiene procedures, simultaneously in both loops is not allowed because it can lead to a reduction of its quality. When activating the drinking water from the systems of piped water supply, where the water is treated using the technology of treatment by ozone and / or other unwanted oxidizing agents (e.g., molecular hydrogen peroxide), before filling it into the product tank it is subject to sorption purification to remove them using the existing devices for drinking water purification. At the request of the consumer the «Rusalia-Easy» may be delivered in combination with drinking water purification device.

In the built-in version the stream activator-tank is installed on the floor of the room (activation of the living environment) or mounted on a special bracket on the wall of the room, connected to the toroidal activator unit with integrated hydraulic pump with the help of the flexible supply pipes. The toroidal activator unit with a hydraulic pump is installed in a ventilated utility room or brought out and grounded.

The optimal location for the unit is basements of buildings. It is allowed to locate the unit on the lower floors of buildings near the pipes of the system of centralized water supply.

The recommended operation mode of the activator for maintenance of the activity of the living environment (in the single-loop circulation cycle) – daily for 8 hours a day without a long-term (2 or more nights) breaks.

IV. Individual features of the «Rusalia-Easy».

The individual features of the product are determined by the need of use of electrical power for its operation – 220V, 50-60Hz, 250-350W; by the presence of little noise from the hydraulic pump motor, by the need to bring the toroidal unit out of the residential areas (to the utility room or outside).

V. The planned service life of the «Rusalia-Easy».

The planned service life is 10,000 hours of continuous operation.
The general period of preservation of operable state is 5 years. The warranty period is 24 months.
At the end of service life the active element of the toroidal unit must be replaced.

VI. Safety of using the «Rusalia-Easy».

The safety of using the product is set by the safety requirements for the operation of electrical installations of domestic use with the voltage of 220V, as well as recommendations for the safe use of activators that determine the need of avoidance of unnecessary contact with the toroidal unit during its active 2-loop operation.

In addition it is not recommended to use the treated water during the 2-loop mode of operation of the installation, registered on the signal loop panel.

VII. Area and efficiency of application of the «Rusalia-Easy».

It is not recommended to use the activated water stored for a long time (more than 10 hours) for drinking and cooking due to decreased activity and appearance of acidic products in it.

The systemic administration of drinking water, activated by the device, ensures compensation of electron deficiency of the main energy-providing organelle, the mitochondria, that leads to the restoration of the activity of the respiratory ferment cytochrome C, activation of glycolysis and cycle of tricarboxylic acids, as well as the oxidative phosphorylation connected with it. Antihypoxic and anti-inflammatory effect, recovery of hormonal regulation due to the electronic activation of mitochondria of cells, stabilization of intracellular processes in bone, muscle, adipose tissues and brain cells, stimulation of regeneration of epithelial tissue and bone formation, improvement of peripheral blood and lymph microcirculation.
At the same time the normal level of proliferative activity and intracellular levels of macro and micro elements is restored

The following dynamic changes were observed: 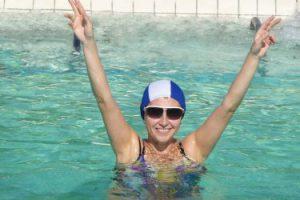 VIII. Competitiveness of the «Rusalia-Easy».

The product has a competitive advantage over existing prototypes for performance, reliability and possibility to be used in domestic environment, that allows to implement the most effective levels of bioenergetic activation of water and living environment, to expand the range of its use for prevention of non-communicable diseases, maintenance of physical and mental health, high man’s performance capability and state of health of pets.

The competing technologies of activation of drinking water and products based on them, such as membrane electrochemical activation, cavitation activators, magnetic treatment, use of different phase modulating microadditives in drinking water, including nanomaterials with plasma activity, do not provide the required levels of activity. In contrast to existing technology the «Rusalia-Easy» does not significantly change the chemical composition of water, including unwanted generation of molecular hydrogen, formation of molecular forms of active oxygen and other cyto- and genetically hazardous compounds. In addition, competing technologies do not show the possible negative consequences of the use of water activation equipment in the residential environment. At the same time the existing technologies cannot be used for activation of the residential environment needed to reduce the load on the system of adaptation of humans and animals to changes in electrophysical environment.

The proposed product has significantly better performance at the levels of activation of drinking water optimum for human’s health and provision of its genetic safety compared to similar domestic activating equipment (Enagic LeveLuk SD501 Platinum, OSG Humanwater HU-88, Panasonic TK-AS43 – Japan,  ionizers- electrolysers of water series Ashbah – Germany and other manufacturers) at a much higher reliability, durability, ease of application and a list of tasks, at comparable prices of the product.

IX. Organizations which took part in the development of the technologies.

The «Rusalia-Easy» is available for order in various modifications and capacity. The low-power installations are used for individual consumption in apartments and private houses. For group consumption in high-rise buildings, hotels, schools, office buildings the high-power installations are manufactured in accordance with the parameters of buildings and the needs of the customer. For a special order we use technological principles, adapted to the tasks of the consumer.

The cost of manufacture of one experimental installation is between too from €15.000 EUR, depending on the configuration (area of application) in accordance with the order. Period of execution is up to 2 months after payment. You need to pay 70% when placing the order, 20% when the order is executed and 10% after the transfer of the installation to the customer under the terms of the place of delivery – Moscow. The order shall be sent to the address: tinowaru@tinowa.com

Czech – Russian Innovation Investment Group is your reliable partner!
Your projects with export credits from the Czech Republic
up to 3,2 – 4.75% for the customers!